E. W. Edwards was a department store in upstate New York.  They had stores in Rochester, Syracuse, and Buffalo.  They were more of a popular priced store as compared with the more upscale Sibley's and McCurdy's.  The rolling stock shown doesn't give us any clues as to the date of the layout, but the lack of rubber roadbed and diesels would make it pre 1950.  The locomotive partially hidden behind the switch tower could be a 290 or an Atlantic.  The cab that is visible looks to me like a 290, which would make this a 1949 layout, since that is when the 290 was introduced.  Note the loop of HO track on the upper level to the right. 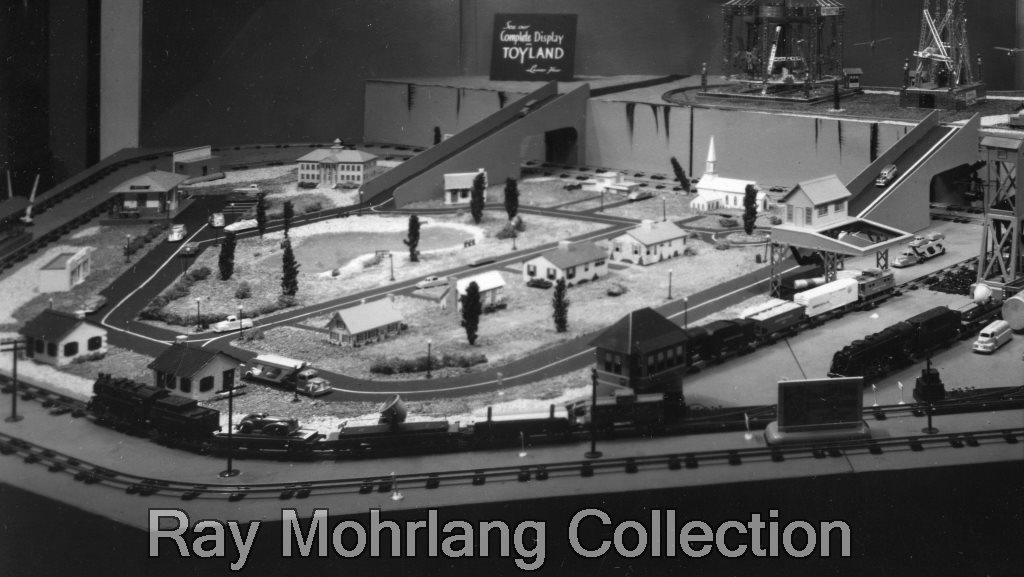 The Layout Close Up 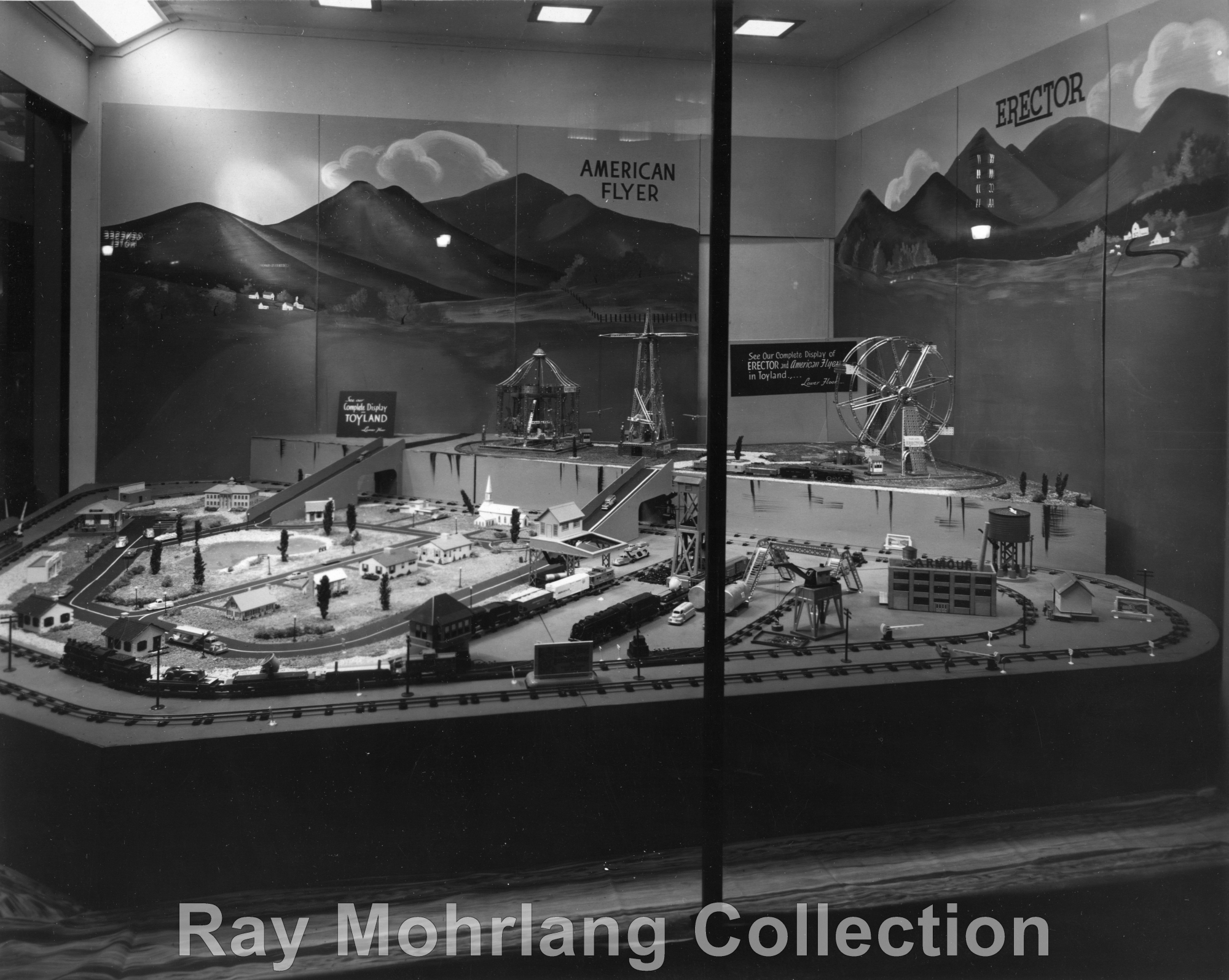 Full View of the Display Window