Lansburgh's was a chain of department stores in the Washington, D.C. area.  The chain went out of business in 1973.  Very rarely do we have perfect documentation of a display, but that is the case here.  I have no idea who either the author or the recipient of the letter was, but it apparently came into the possesion of Maury Romer, who kept it with this photo.  In any case, it dates the layout to December 1961.  A close look at the rolling stock indicates 60's era production and the use of what appears to be Pikemaster track. 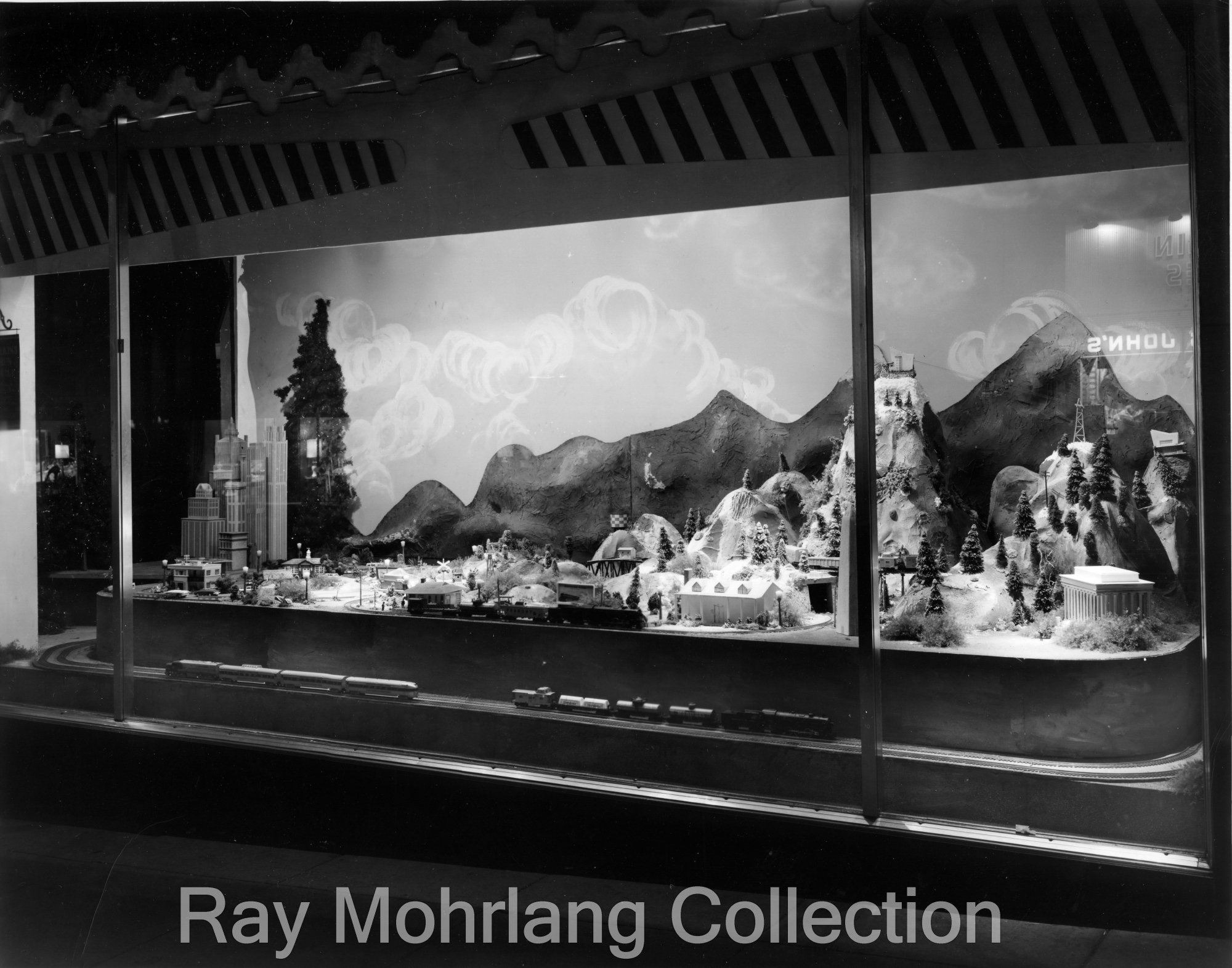 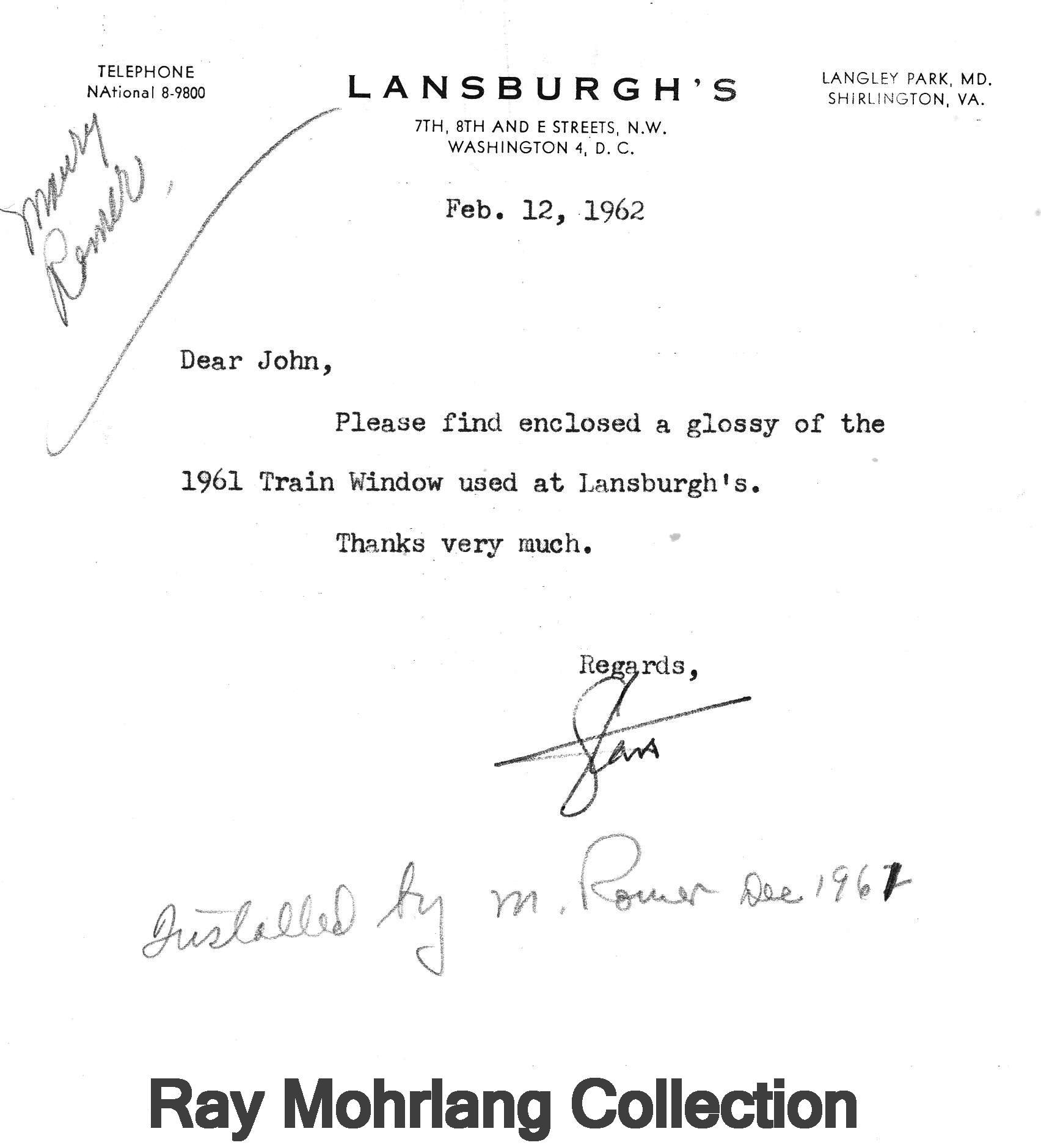 This letter helps to put  the above photo in context.  From it we know the year of the photo and that this layout was designed by Maury Romer.  We can see the Pikemaster track, but what is missing are the Casey Jones and F9 locomotives that headed up most of the sets offered that year.  We can see the higher end 20735 passenger set, the only one offered that year, in its entirety.   We also see two miscellaneous consists headed up by what are presumably 21085 locomotives, which the catalog shows heading up a premium freight set.  This is noteworthy as Lansburgh's did not cater to wealthier customers, but rather lower to middle income customers.   Perhaps Maury was only trying feature American Flyer at it's best.