The Chicago Hall of Science

Dedication Day at the Chicago Hall of Science

The last Hall of Science to open was located in Chicago at 512 S. Michigan Ave. in the Congress Hotel.  It opened on October 17, 1953 in a ceremony led by A.C. Gilbert Jr. 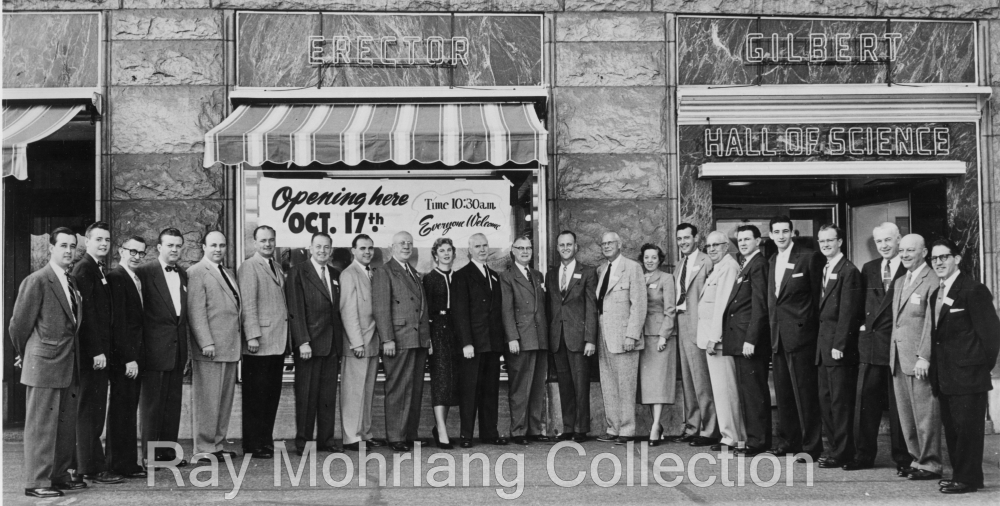 The Gilbert Hall of Science in Chicago was located in the Congress Hotel at 512 South Michigan Avenue.  The layout in this Hall of Science was built by Frank Castiglione (left) and Richard North (right) of the Gilbert Display Department.  An interesting account of the building of that layout can be found in the article referenced below. 1


If you want to see what the general area looks like today, go to the following link on Google Maps and look at the street view.  In those days, the lower level of the Congress Hotel housed shop fronts and the address would indicate that the Gilbert Hall of Science would be to the right of the main hotel entrance.   Exactly which one of those storefronts housed the Gilbert Hall of Science is anyone's guess.

Our guide for these photos is George Sorensen, who remembers many happy visits as a child to this Gilbert outpost in the Midwest.  Here, I turn it over to George and what follows are his comments on the photos. which are from a Stout Auction held in 2009.  He was there on opening day at the age of 7 and shares his memories in the Memories section.