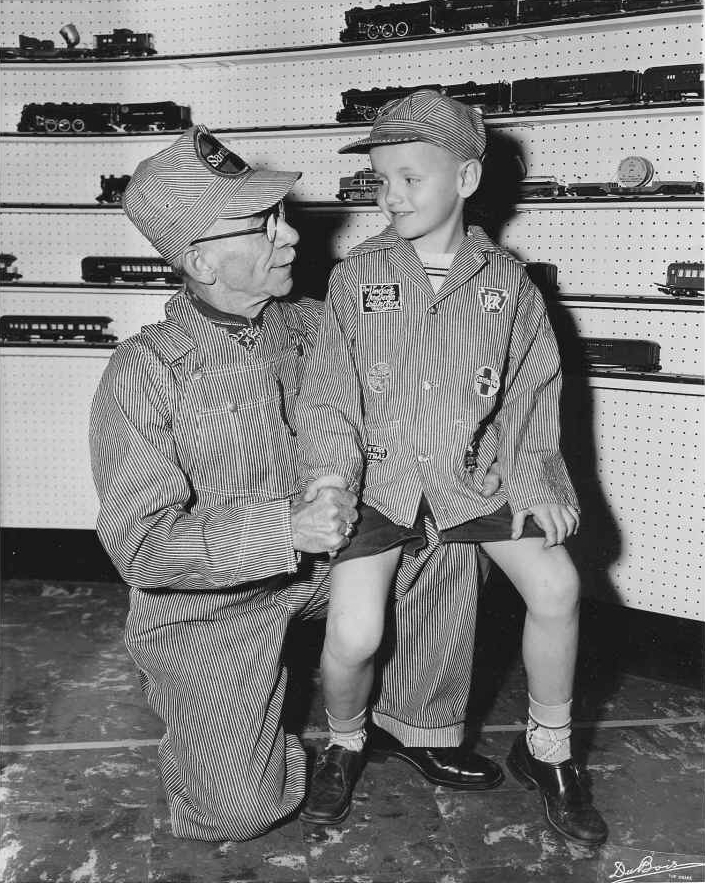 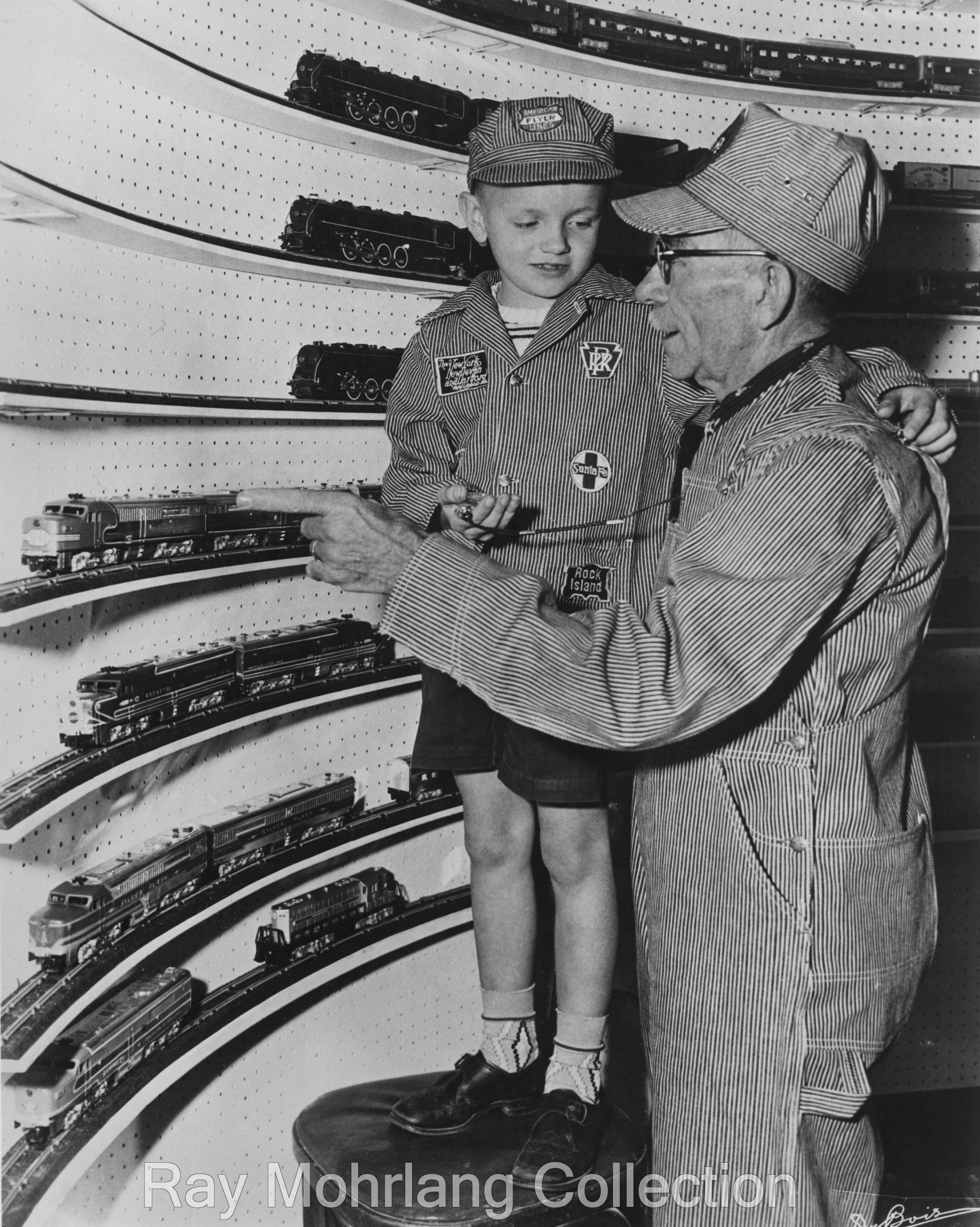 As a young child living in the Chicago suburbs, I was fortunate to have visited the Hall of Science in the Congress Hotel on several occasions. Early on, I was one of the kids with my face on the glass watching the trains go by. At the age of 7, I was lucky enough to visit the Hall of Science on opening day. My parents bought me the hat and jacket featured on the 1953 catalog. I am not sure exactly how I came to have my picture taken, but my parents and I were given a copy of the picture shown above at the left. For many years I thought that was it, but recently, Dale Smith, who maintains this website, sent me a copy of another photograph of me that he had found in the collection of Ray Mohrlang, a noted Gilbert collector. That photo appears above at the right. How I happened to be the lucky recipient of this attention at the opening day of the Chicago Hall of Science is something I can't explain. If you look at the information about the Ray Mohrlang Collection, you will see that this second photo of me has now gone through the hands of 5 different collectors, starting with Maury Romer.

Both photos show the wall opposite the layout, the one displaying the trains. Look closely and you can tell it is 1953, as both link and knuckle couplers are displayed.  I remember counting 53 cars behind a Northern on one occasion.

P.S. I still have the jacket and now two photographs of me at the Hall of Science!