The name Wanamaker's is most closely associated with Philadelphia where they had their flagship store.  We have recently discovered good copy of a photo taken of the 1947 train display in the Wanamaker's Philadelphia store.   This is a color photo, but in all other versions, the colors had deteriorated giving the photo an unpleasant magenta cast.  This photo is not perfect but some of the colors can still be detected, especially on the signs and accessories.  Below is our best effort at restoration of the photo.   In addition, we also found another view of this area in the Philadelphia store in a Display guide put out for dealers in 1948.   The signature staircase is visible in both photos. 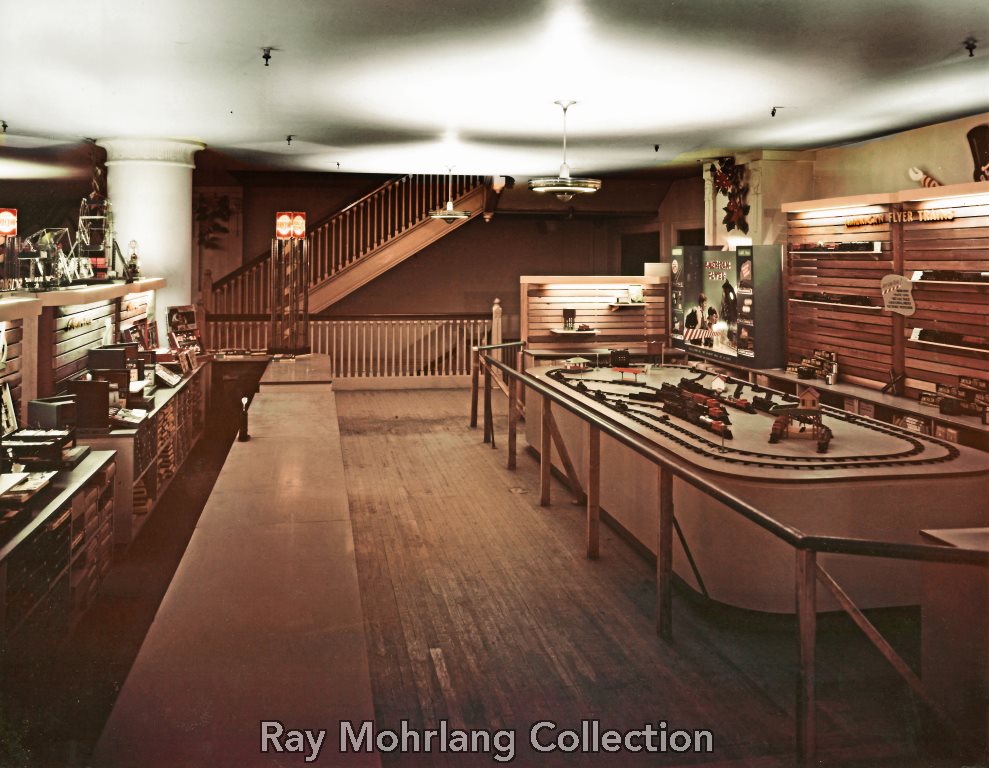 This view from a Gilbert display guide for dealers published in 1948 shows another view of the Wanamaker's Philadelphia toy department.  The same stairs shown in the color photo above are visible, placing this view one aisle away.

The photos below show several views of the toy department of this store.  There was no information on the reverse of these photos that would give any information as to the date of the layout.  The display below is most likely from 1949 because you can see the 4904T set displayed in the far left background of the full view below.  This set, which included the 290 locomotive, was introduced in that year and offered through 1951.   The display is unlikely to be from 1950 or 1951 though because in those years one would expect to see rubber roadbed and diesels which were introduced in 1950. 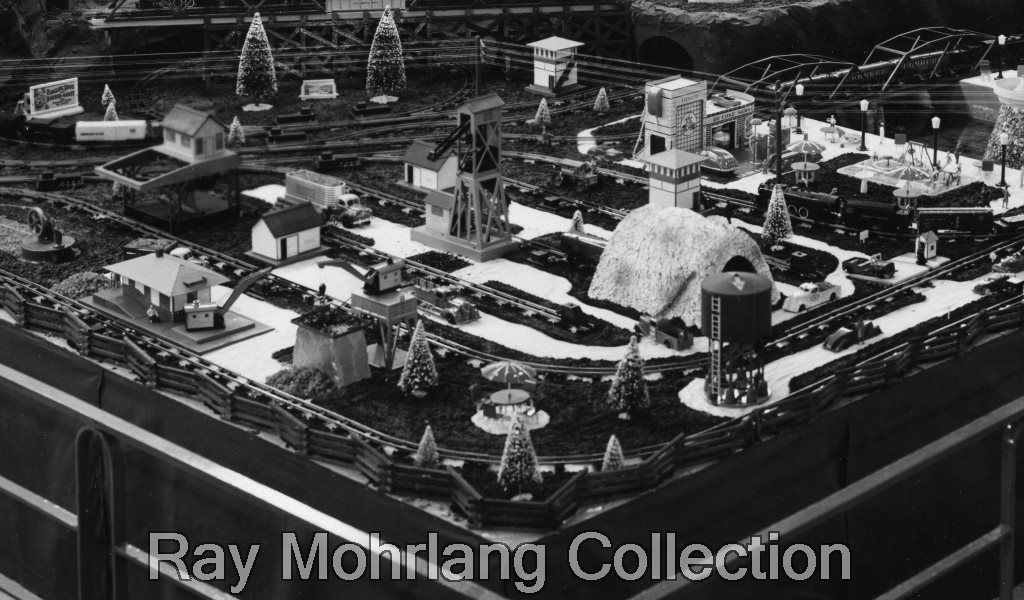 The Large Layout Close Up 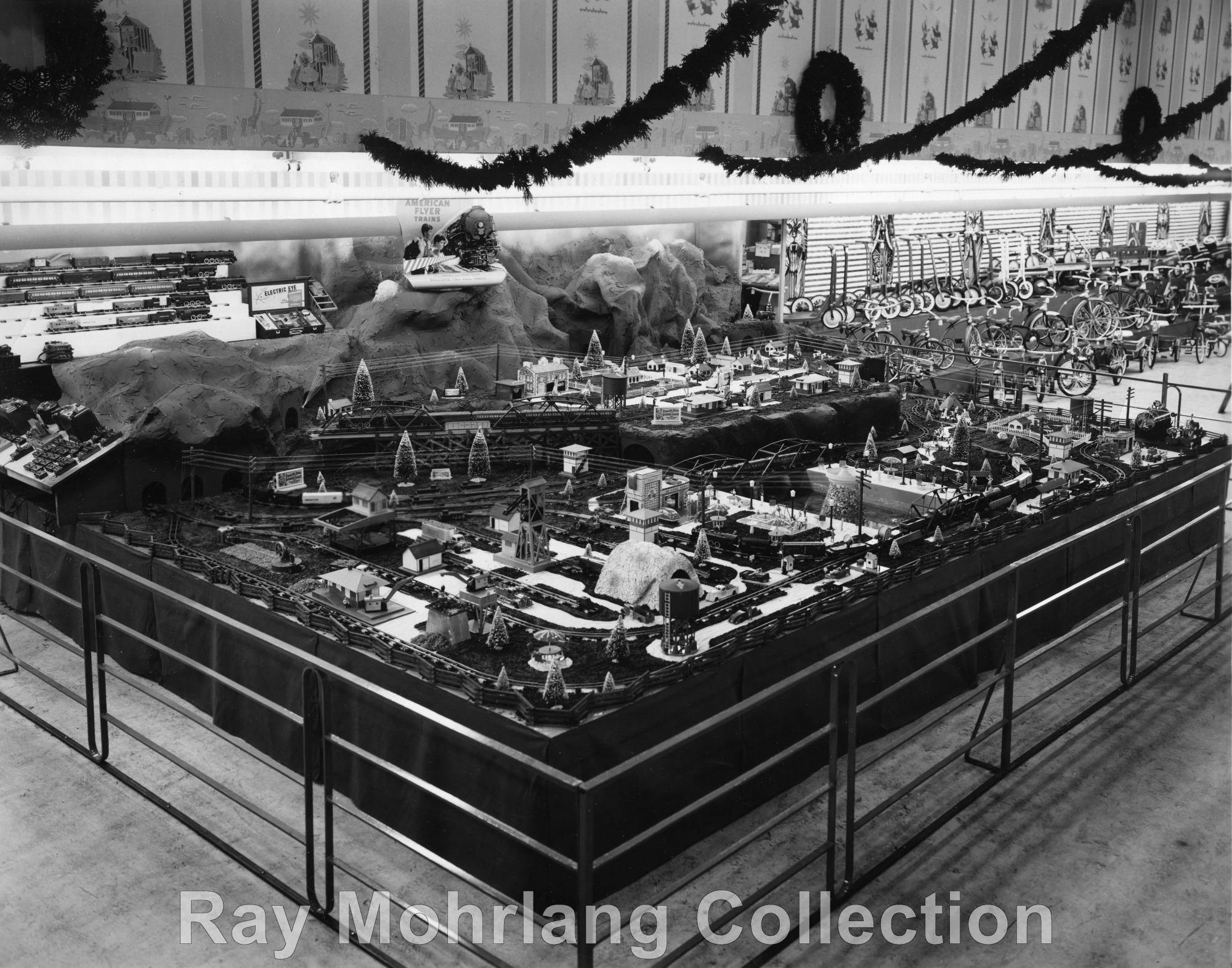 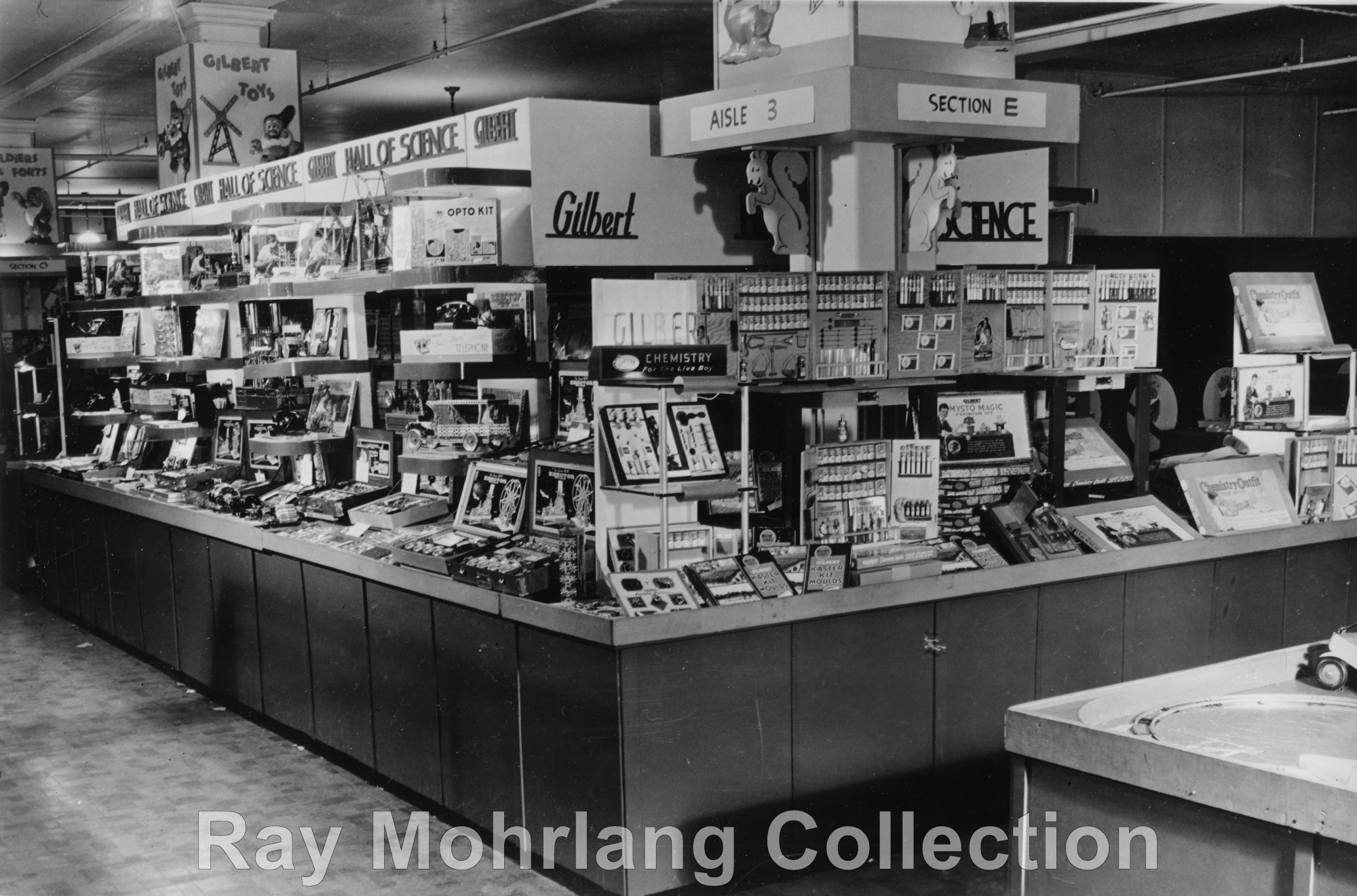 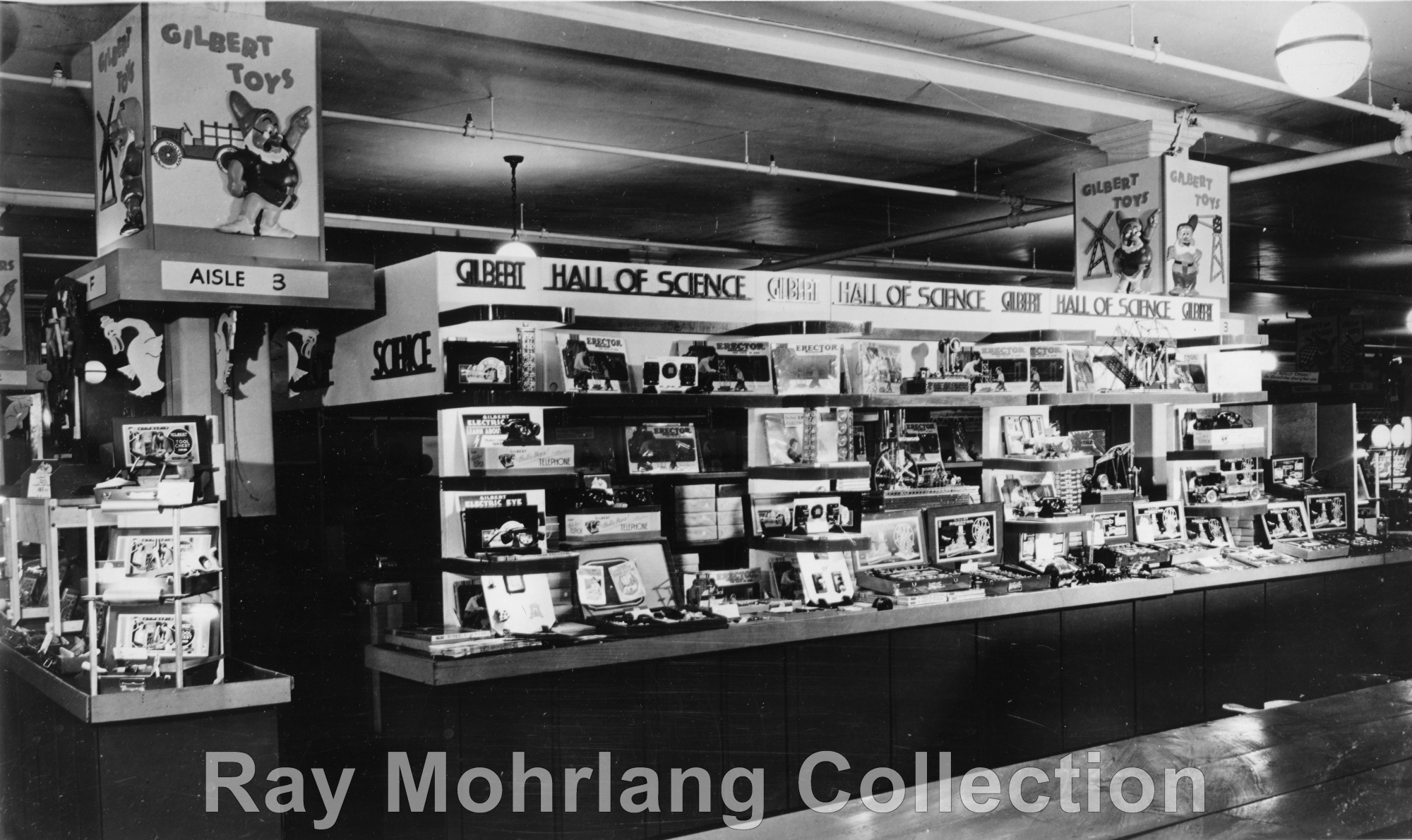 Another view of Science Toys Display